The tug towing equipment is the crucial link between the tug and the vessel to transfer the forces generated by the tug to the vessel. The link consists of various elements which differ depending on the tugboat.

These elements are, in the simplest versions, just a towing bit and a tow rope or a little more maneuverable equipment a tow hook and a tow rope.

Most tugs have the following towing equipment:

Each element must be strong enough or designed to be able to withstand the forces generated in the tow line. Another crucial aspect is the tow point, the point where the tow line goes directly to the vessel, and more specifically the location of the tow point which depends on the type of tug and the mode of operation.

All of these are discussed in detail in section 7 of the book. Use of tugs in port, including new developments and emergency release systems.

The most crucial connection between the tug and the vessel is the tow line. When the tow line separates, the vessel loses the assistance of the tug. Depending on when, where and under what wind and current conditions this occurs, it puts the ship in danger. It should be avoided by paying close and continuous attention to the quality and strength of the tow line.

A most important aspect is the safety factor which is generally between three and four times the bollard pull for harbor tugs. A lower safety factor increases the risk of separation, especially with stiff tow cables and in wave conditions.

However, with the introduction of modern HMPE fibers for tow ropes, stretching issues and hence high peak loads in the relatively short tow ropes of harbor tugs were back. Various methods are used to introduce a little more stretch, such as nylon or polyester flags.

Modern winches have load reduction systems. The line voltage can be adjusted between a maximum and minimum value, for example between 20 and 60 tons. The question, however, is whether the tow line load measurement system and winch are fast enough to respond adequately to tow line peaks. Otherwise, high loads will occur again which could damage the vessel’s towing winch, grommets and deck equipment.

With regard to rendering salvage winches, another aspect requiring special attention is the friction in the towing hitch and its consequences. Please see: http://www.imcgroup.nl/downloads/Towline_Friction_and_its_Consequences.pdf

This is only one side of the story. The other side is that the strength of the current deck equipment on vessels requiring tug assistance is often not strong enough to cope with the high forces generated in tow ropes by today’s powerful tugs. Therefore, rules and regulations should be established in accordance with current practice.

In addition, with the advent of fibers for tow ropes, the tow ropes market has become quite complicated. Different types of ropes are on the market, all with different characteristics and different brands. It takes a lot of knowledge and experience to find the right type of tow rope for tugs and their working conditions.

This and much more, like emergency towing equipment, is covered in section 7 of the book Use of tugs in port. The large-format hardback book is illustrated with a multitude of detailed diagrams, graphics and photographs. The book can be ordered for € 45 from The ABR Company Limited www.tugandosv.com. 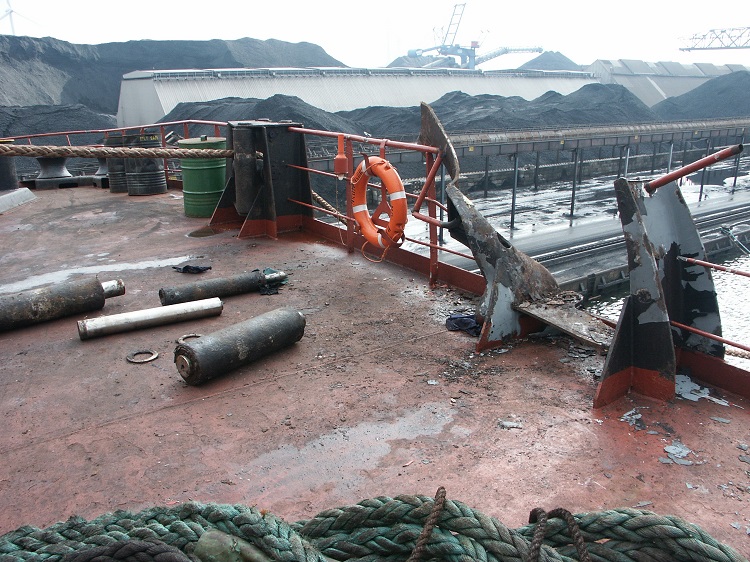 The opinions expressed here are those of the author and not necessarily those of The Maritime Executive.